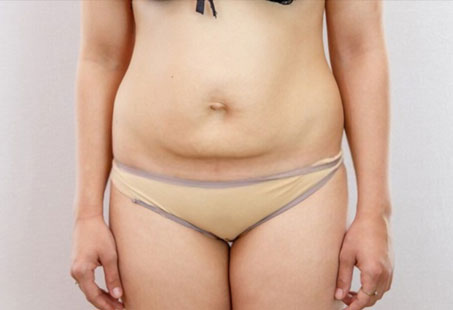 People may feel self-conscious and uncomfortable when they have stubborn fat pockets around their abdomens. FUPA, short for a fat upper pubic area, is one such collection of fat cells. Wearing tight-fitting clothing can make the protruding fat even more prominent, which can cause aesthetic problems.

It is important to keep in mind that it’s normal and natural to have some amount of fat in the region above the pubic bone. However, sometimes, there’s a significant accumulation of fat, and it can even hang over genitals. There are different surgical and non-surgical ways to get rid of FUPA.

What Is A FUPA?

FUPA is a slang term for excess fat in the pubic area. FUPA is an acronym for “fat upper pubic area.” The medical term for it is panniculus. However, it is also referred to as mons pubis or pubic mound.

Fatty tissue is located above the pubic bone, both in the front and in the back (above the hips). FUPA looks like an extra curve right above the pubic area. It is “jiggly” and protrudes outward; it is visibly noticeable if you’re wearing tight-fitting clothes.

There are two types of fat in the body: subcutaneous and visceral fat. The subcutaneous fat is present right underneath the skin, but the visceral fat wraps itself around the internal organs.

It is visceral fat, which is more dangerous and associated with various health risks. Fortunately, FUPA is subcutaneous fat. Nevertheless, if you have gained weight and your FUPA has become more prominent, you are more likely to have visceral fat as well.

What Causes A FUPA?

You may have a FUPA due to one or more of the following reasons:

According to a study published in the Nature Communications, where the fat gets stored in the body is highly influenced by genetic factors. If you have pubis fat, it is possible that you have a genetic predisposition to it. Other people in your family will have stored fat in that area.

Around the time that boys and girls become sexually mature, puberty, there are a lot of changes that their bodies go through. It is because of changes in the levels of hormones testosterone and oestrogen. And these hormones play a role in body weight distribution because it is believed that fat cells have hormone receptors on them. Women end up with more fat around the hips and thighs, while it’s the abdomen for men.

The hormonal changes that accompany menopause also cause changes in body weight. Low levels of oestrogen can increase the amount of visceral fat in the body. According to UW Medicine, women can gain as much as “5-8% of their baseline body during menopause. And as mentioned above, more visceral fat can make the FUPA more prominent.

If you’re consuming more calories than you’re burning, you’re going to gain weight. Rapid weight gain can stretch the skin permanently, and you can end up hanging skin even after you lose weight.

Ageing itself can cause weight gain as the muscle mass continues to deteriorate and you store more and more fat. Muscles help burn calories; it is metabolically active. But as the muscle mass decreases, fewer calories are burned, which contributes to the weight gain. However, the hormonal changes accompanying ageing also exacerbate the problem.

Following pregnancy, many women end up with FUPA. It’s because the body of the woman stores fat during pregnancy for later use (lactation). It is normal. If you had a C-section, the scar tissue can make the skin hang more, which can make the pubic fat more prominent.

How To Get Rid of FUPA Without Surgery?

In order to get rid of FUPA without surgery, you can consider doing the following after consulting with a medical professional:

Trying out full-body exercises like swimming, running, cycling, and brisk walking can help. However, the following exercises can also be beneficial:

According to the Mayo Clinic, you can lose as much as 1 pound in a week if you cut down on 500-1,000 calories from your diet in 1 day. To get rid of FUPA, you need to make sure that you’re burning more calories than you’re consuming.

You need to eat healthy foods like fruits, vegetables and nuts. Meanwhile, you need to stop the consumption of foods that contain excessive amounts of sugar or are processed. Drinking ample amounts of water can also help you with weight loss as it will keep you full.

Research shows that stress can result in the accumulation of fat in the abdomen. Increasing levels of stress hormone – cortisol – cause this to happen. However, the researchers also noted that in premenopausal women, fat was more likely to be accumulated around the hips. You may also eat more unhealthy foods when you’re stressed. Therefore, stress may be the reason behind your FUPA.

Given that, you should look into different ways to manage your stress. For instance, you can consider doing yoga or meditation to get the stress levels under control. Exercise also helps. Additionally, certain foods also help reduce stress like the following:

CoolSculpting is a non-surgical procedure that involves freezing the fat cells inside the body. This breaks down stubborn fat pockets, and the cells are then flushed out of the body through the urine. This procedure only gets rid of small fat pockets, so you won’t achieve dramatic results from it.

How To Get Rid of FUPA With Surgery?

If you have a significantly prominent FUPA, you can consider getting the following surgeries for more dramatic results:

Monsplasty is an aesthetic plastic surgery procedure that aims to get rid of excess fat and skin from the mons pubis. It is also known as a pubic lift. Under local or general anaesthesia, the surgeon makes an incision for the removal of fat and skin.

It can take about 3-4 months to recover from the surgery as the swelling takes longer to subside, but the results are permanent if you maintain a stable weight.

If excess, loose skin is not a problem, you can consider getting liposuction for the removal of fat cells. It can be performed in larger areas. The surgeon will essentially make cuts into the skin to break down the fat and then suction it out with a vacuum.

Many people combine monsplasty with a tummy tuck. That’s because after the excess skin and fat are removed from the abdominal region, the pubic mound can become more prominent. Therefore, this surgery can help you get better cosmetic results.

Panniculectomy is usually a medically necessary procedure. In this, excess hanging skin from the lower abdomen is excised to improve the overall health of the individual. Again, after the removal of excess skin and fat from the abdomen, following this surgery, FUPA can become more prominent. Therefore, panniculectomy can be combined with monsplasty.

FUPA is the fat present in the pubic area. It can protrude from the lower abdominal region and can cause aesthetic problems. There are different reasons for this, but it is possible to get rid of it through surgical and non-surgical means. However, you should keep in mind that your body can store fat in that same region again if you do not maintain a stable weight.